To lower it’s carbon footprint, the Coast Guard looked to take a mobile command post and make it as efficient as possible, while still remaining financially viable.
02

Provided with a list of the standard equipment and operating conditions, we were able to discern critical impact devices and target energy savings protocol.
03

The final design was robust and self-sustaining (critical in emergencies). With dependencies on fuel and water minimized, focus could be shifted to operations. 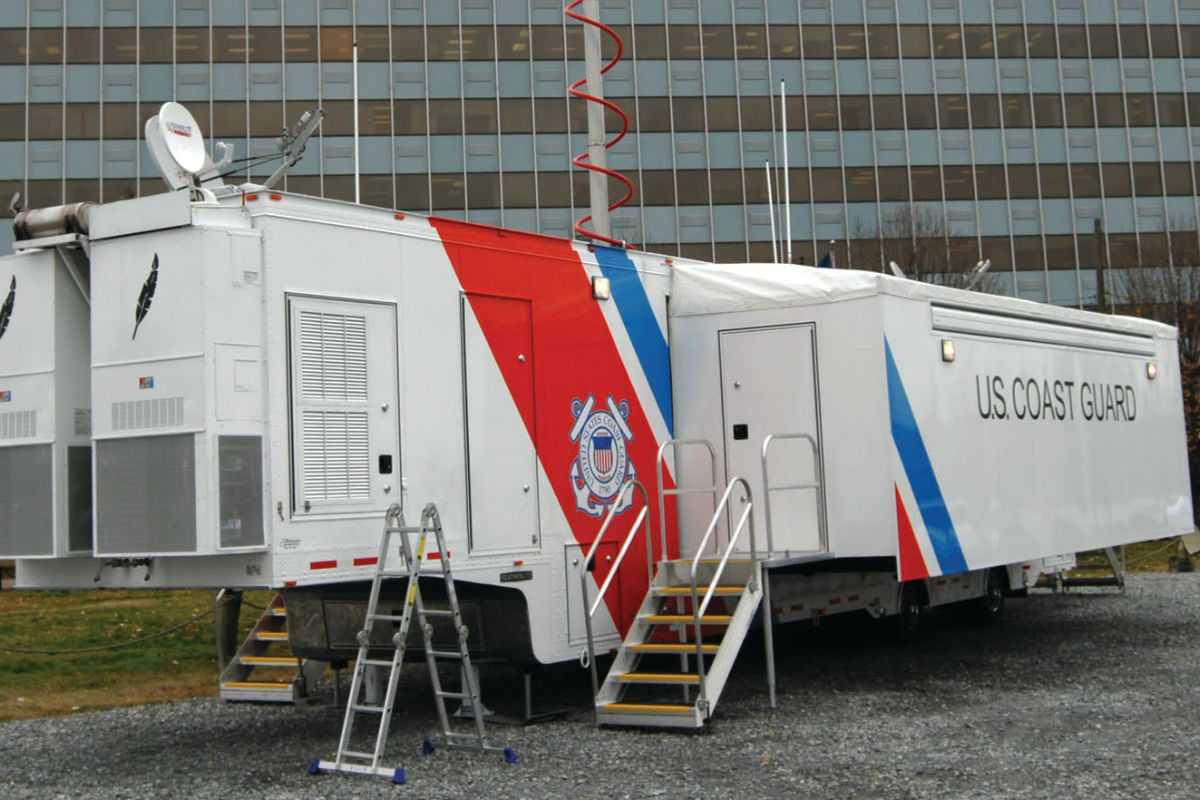 In April of 2010, the Gulf of Mexico witnessed the largest marine oil spill in history – an event known as Deepwater Horizon. The U.S. Coast Guard was actively involved in not only rescue, but cleanup as well. In an attempt to mitigate future hazard-oriented projects, the Coast Guard looked to D Squared for guidance.

Since 2011, we’ve worked with the Gulf Strike Team to design a command post that would offer energy efficiency with electronics, water desalination capabilities, and renewable energy via solar and bio-fuel applications. Furthermore, in 2016, D Squared began the process of creating a Sustainable Salvage Operations Plan (SSOP) that could be implemented during the salvage of beached, sunken, or stranded vessels.